How Does Advanced Structural Bodywork Compare With Other Styles of BodyWork?

Although I, at this time, prefer to not yet bill this work as an overtly  psychotherapeutic process, the effects and developmental potential are certainly there.

First of all, psycho-emotional material is held in place, at least partially, by muscle tension. The mind does not stop at the brain stem. It includes the nervous system and musculature.

Much of what we call “Feelings” are indeed the sensations we feel when there are, along with changes in the glandular excretions, changes in the muscular tension patterns of the body.  (Actually, the BodyMind.)

These changes are in response to the changing internal and external environment. If we feel safe with someone, we loosen up a little, which is the musculature literally loosening up. When the muscles loosen, they actually are reducing their “armoring” (as in Reich’s concept of emotional/muscular armoring) against possible physical, psychological or emotional attack from the outside.

If we are with someone who makes us uncomfortable, the muscles “armor up” by increasing tension; securing our boundaries, so to speak. As we become more able to feel this process in the living moment, how our responses change from situation to situation or nuance to nuance, we become more competent with them.

We begin to more consciously, Awarely and Response-Ably discover when we armor too much or not enough, when we react automatically instead of acting spontaneously.

This experience with Awareness brings about the changes without effort. Both Yoga and BodyWork are a place that this can be experimented with in the safety of your home or the therapists office. You must, though, be able to do it with yourself before you can lead another person through it.

I recommend Hakomi Body Centered Psychotherapy and Hakomi Bodywork, both centered in Boulder, Colorado, for those who wish to pursue this area,  either by itself or as an adjunct  to whatever work you do, including mine.

Although I do not discourage it, I do not overtly encourage clients to go through catharsis. It is okay if they do. However, it is my point of view that the catharsis itself is not what clears emotional baggage. It is the Awareness of the process of letting go that brings the change.

You can go through catharsis, but if your attention is on the drama of the “outer expression” (sensations,  motions, sounds, and such of the bodymind) being released, rather than on the Inner Being who is doing the releasing, you have missed the point.

This is why “Playing the Edge” becomes useful in the mind and emotions, as well as the physical body. To come right up to the edge of emotional release, to stay right there without actually going over, is where all the real action is.

Yet, unless very well trained or personally experienced in such things, I think it dangerous for a BodyWorker to aggressively pursue these “releases” and processes with a client. They must be allowed to emerge spontaneously. If they happen, fine.  If they don’t, fine.

You will, though, have many opportunities to set up the possibilities. Just Breath Work alone can trigger feelings, cathartic motions and releases.

With the edge technique, you are bringing the person right up on the stage of their relationship to pain, fear & resistance.

For instance, someone may say they hesitated to come to you because they were afraid that it might hurt. So you say, “don’t worry, here is a way to communicate with me  to keep me from hurting you.” But even though you can see them wincing in pain, they don’t use the system. You ask them why they are not communicating about the pain to you. They say “I thought it would work better if it hurt!”

What does that tell you, and, hopefully, them, about their approach to life? I have one client that after 200 or more sessions over the course of many years still would rather not communicate, continues to wince in pain, and only half jokingly tell his friends I am torturing him.

He also wouldn’t come to me at first because he thought it would hurt! That is deep conditioning and I am obviously not getting through to him on that level. But he likes the physical results so I stopped feeling responsible for his enlightenment about 50 sessions ago. Regardless, we will look at the many opportunities to evoke emotional response as they come up, but I will not yet, at this time, be making that a central focus of the class.

Another point well illustrated by David Zimmerman of Santa Cruz, a psychotherapist who is highly supportive of bodywork, is this. Sure, you may be able to affect dramatic cathartic change on the table … but then what? Are you prepared and experienced enough to support your client in the reintegration process that may go on for days weeks after the session? What if their “world come apart,” so to speak?

Are you ready for that?

If you are, fine. And it doesn’t happen that often that someone has a dramatic problem. But you never know. It is best, if not ready for the challenge yourself, to make contact with a psychotherapist able and willing to handle your “emotional emergencies.” 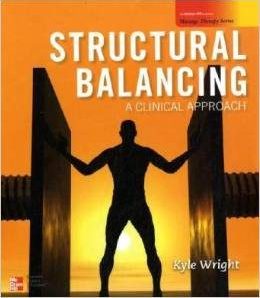